Warning: Declaration of WPSDAdminConfigAction::render() should be compatible with WPSDWPPlugin::render($ug_name, $ug_vars = Array, $action = NULL) in /home/u708784378/domains/contentflo.com/public_html/wp-content/plugins/wp-stats-dashboard/classes/action/WPSDAdminConfigAction.php on line 33
 22 Headlines That Went Viral. Have These Marketers Cracked the Code? | Smart Insights on Digital, Marketing & Technology | ContentFlo
Skip to content 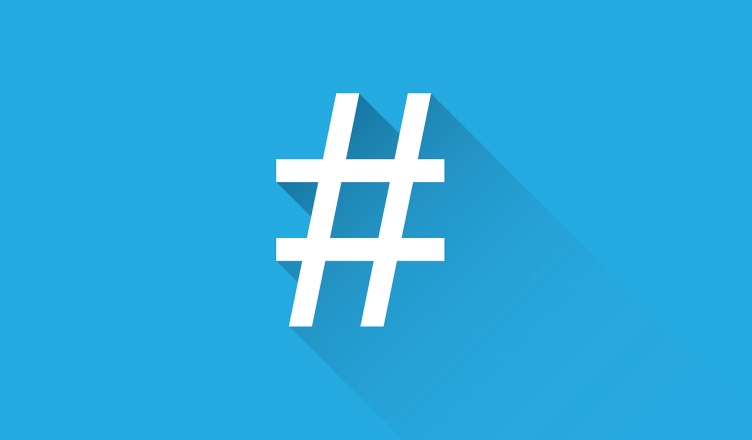 Headlines were the key tactic to make people buy newspapers, buy books and magazines. Now they make people click and share on the web and your mobile phone.

Bloggers, publishers and marketers are always on the lookout for attracting attention to drive traffic, engage with their readers and customers and make money. No clicks and you have no traffic. It’s that simple.

So where do you start?

Nothing has changed. The headline is still the step and tactic that attracts attention and drives action. The skill of writing headlines is taught in journalism school from day one.

But the art and science of headline writing is being challenged by innovators who have realised that a technology driven web dominated by social networks and smart phones is changing the game.

Twitter with its 140 character limit makes the headline front and center. Facebook with it’s fast evolving multi-media and mobile technology is becoming the engine that drives viral sharing.

So who are these innovators?

Traditional newspaper publishers have been caught napping and the New York Times is scrambling to learn how to pull readers, eyeballs and sharing on a technology driven social web.

Buzzfeed has perfected the “large listicle” and the “Quiz” as its key headline and format tactics. Upworthy is the “Curiosity Gap” exponent and other innovators are piling in with their variations.

These upstarts also include, Digiday, NiemanLab, Viral Nova  and 9gag.

What can we learn?

These publishers and content marketers are what some would call “click bait” specialists. But you can’t argue with their results and there are some lessons worth learning and tactics worth copying. They understand how the social web works and they also understand email and search engine #marketing.

The reality is that the headlines are only the start and how they have used technology is also worth noting.

Somehow they seem to have cracked the code.

You may be thinking… “I have a boring B2B business or a business category that can’t explore those tactics“. Maybe you’re discarding these ideas because they are publishers of popular news sites that focus on what seems superficial and these lessons aren’t worth taking away and applying.

On this fast paced web, innovation often comes from outside your industry. One great example is Movoto.com. They are a real estate services company that has taken some these ideas and woven it into their content creation, marketing and link hustling. They have taken their real estate blog from 2,000 to 18 million views per month in just 2 years.

Now I have your attention.

Let’s have a closer look at three of these publishers, content marketers and headline artists, that seem to know how to make content move fast and far. This list of 22 viral headlines has been sourced from the list by ripen.com, who scraped 2,616 headlines that went viral.

Buzzfeed is one of these new generation social network driven websites that are making the traditional players sit up and take notice. What started as an online laboratory called “Buzzfeed Labs” in 2006 (which was an initiative to create, test and measure viral content) is now evolving into a more serious long form journalism site.

Today the site publishes 378 posts a day, which is sourced by staff, syndicated content and external contributors. To put some perspective on its popularity that has the traditional players such as the New York Times worried, here are their traffic numbers according to Quantcast.

Despite its humble and seemingly superficial beginnings, the impact of a website driven by data scientists and social media cannot be ignored. Many of these articles, videos and quizzes have attracted millions of Facebook likes, shares and comments and thousands of retweets on Twitter.

Here are some of the headlines that went viral from Buzzfeed, Viral Nova and Upworthy.

1. This Short Film Shows Just How Terrifying Life Is For LGBT People In Russia 2. Where In London Should You Actually Live? 4. 22 Messages From Creationists To People Who Believe In Evolution 6. What Character from “It’s Always Sunny In Philadelphia” Are You? 7. 10 Pictures That Prove Bruno Mars Is Actually Powerline From “A Goofy Movie” ViralNova.com started in May, 2013 and has quickly reached over 6 million unique views a month according to Compete.com. It was started by the 31 year old, Scott DeLong, who operates from his home in North Canton Ohio. He publishes  and market Viral Nova by himself and using only 3 freelancers.

He may have perfected the skill of creating headlines with “bold claims”. Some of the words that you would call “superlatives” include:

Along with superlatives the other dimension is the modeling of the tactic used by Upworthy. The “curiosity gap”. Also included are a clever use of emotion and broken the traditional mold of how long a headline should be. Many of the headlines are nearly 100 characters in length! Here are some of their headlines that have gone viral.

9. This Might Be The Scariest Trail In The World. But You’ll NEVER Guess Where It Leads. Unbelievable. 10. A Man Takes A Single Rake to The Beach. And When You Zoom Out And See It… Mind BLOWN. 11. He Was Found Freezing And Dying. Yet Somehow The Last Photo Made My Entire Year 13. This Young Mother Has Something Serious To Say. You Might Not Like It, But You’ll Probably Love It. 14. Here Are 12 Unborn Animals In The Womb. They’re Absolutely Beautiful…Especially The Dolphin. 15. At First, I Felt Sorry For The People Who Live In This Tiny House. Then I Looked Closer…Now I’m Jealous. Upworthy which only started in March 2012, is a fast starter.  They have been described by Fast Company as the fastest growing media company in history with 28.4 million unique visitors in the US and 43 million globally.

That has been achieved in just over 2 years!

Unworthy have published a Slideshare presentation that reveals that 56% of their posts don’t break 10,000 views and also reveal that only 0.3% of their articles reach the top level. Over 1,000,000 views! We want all our content to succeed every time. But that doesn’t happen and it isn’t realistic.

Here are some of their top headlines which have gone viral.

16. The Growing Trend That Should Terrify Walmarts Everywhere 20. Everyone Should Know What This Cop Has Done

21. What If Everyone Who Reacted Negatively To A Super Bowl Ad Knew The Facts? They’d Learn This. 22. This Is How You Kill An Attack Ad What are the top lessons and insights you have gleaned from these publishers and content marketers?
Are you using any of these tactics already?
Look forward to your feedback and stories in the comments below.

This article was originally published on www.JeffBullas.com and is republished with permission.

Jeff Bullas is a content marketing influencer, blogger, recognized author, strategist and speaker and work with companies and executives to optimize their online personal and company brands with digital, content and social media marketing.
Follow me