Warning: Declaration of WPSDAdminConfigAction::render() should be compatible with WPSDWPPlugin::render($ug_name, $ug_vars = Array, $action = NULL) in /home/u708784378/domains/contentflo.com/public_html/wp-content/plugins/wp-stats-dashboard/classes/action/WPSDAdminConfigAction.php on line 33
 Welcome to the Idea Economy! | Smart Insights on Digital, Marketing & Technology | ContentFlo
Skip to content 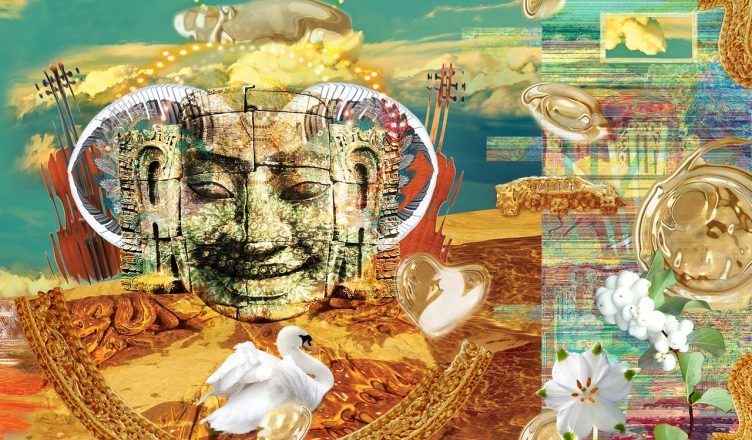 In February 2016, Kickstarter, the largest crowdfunding platform, celebrated its 100,000th project funding for a visually striking photography project that leveraged a system that didn’t exist seven years ago. Talk about Pebble Smartwatch, one of the most successful alternatives to Apple Watch, or Fitbit that tracks daily physical activities and keeps the user motivated, or Gogoro, the electric scooter that aims to transform urban mobility or Hointer, a retail store that is revolutionizing customer experience – all have a commonality that makes them successful. These innovations which were unthinkable until a few year’s ago are transformative idea that holds the power to shape the future of mankind. It is interesting to note that only 71 firms still exist from the original 1955 Fortune 500 list, while the others couldn’t generate ideas that could keep them in business. Welcome to the Idea Economy!

The story of David and Goliath no longer holds true in an Idea Economy where a well-executed and disruptive idea creates an equitable platform for anyone to win. The fall of Kodak, Blockbuster, HMV and Borders are attributed to bankruptcy of ideas that failed to adjust to the market demands. A few years ago, Facebook invested 2 billion in virtual reality – an immersive technology that holds the power to completely change our experiences. Oculus Rift is not a product, but an idea that Facebook could foresee modeling the course of the future. It is shocking to learn that the highly rated enterprises on earth – Apple, Google and Facebook are no longer top contenders in 50 smartest companies in the world as ranked by the MIT Technology Review, 2015. They trail behind the most innovative idea originators of modern times – Tesla Motors and Xiaomi.

The technology democratization has led to disruption of business and operating models of both large and small enterprises. The ability to conceptualize and turn an idea into reality is the originator of a new product or service. In an Idea Economy, disruption is a way of life and no idea is insured against it. The survival of an enterprise is dependent on their ability to visualize the future, leverage technology, and their ability to respond to macroeconomic threats.

Technology serves as the backbone that supports an idea in its journey to reality. Using the right tools at the right time creates a world of opportunities for both the startups and large enterprises. Legacy technologies no longer address the need of a connected customer and enterprises are busy transitioning to the new age disruptive technologies that scores over competition in an Idea Economy.

In an Idea Economy, success is a relative term often relied on an enterprise’s ability to uphold bold decisions and undertake risks. Infusing agility in business processes, scaling infrastructure to support the new business model, and being flexible to market dynamics are key priorities to reap benefits in an idea economy. It is pertinent for enterprises and startups to acquire right skill in order to survive in a hypercompetitive world. The Idea Economy expects enterprises to follow and imbibe startup culture, which is devoid of organizational and technological silos; risk taking is a cultural norm and the management fully believes in the idea to turn it into a reality.

“We’re now living in an Idea Economy where success is defined by the ability to turn ideas into value faster than your competition.”  – Meg Whitman, Chief Executive Officer, Hewlett Packard Enterprise

As Meg Whitman puts it, it is true that in an Idea Economy ignoring business processes and operational challenges are sure shot recipe for disaster, even though backed by a strong technical team.  Careful examination of the business nuances and effective execution guarantees a sustainable business idea.

At a time when an idea can spawn itself at zero cost through the Internet, it is imperative that the time to market is addressed judiciously. As both enterprises and startups gain access to the same technologies, their success depends on the ability to fructify the idea. An Idea Economy provides a level field for everyone ready to defy the status quo and consistently delivers value to customers while surviving disruption.

Alok Ranjan is a marketing specialist and management consultant based in Mumbai, India. He believes, brands are caught in a maze of technology and economic dynamics, caused by disruptive forces, which are changing the way consumers interact with brands. He blogs at www.alokr.com
LinkedIn: in.linkedin.com/in/ranjanalok
Follow me